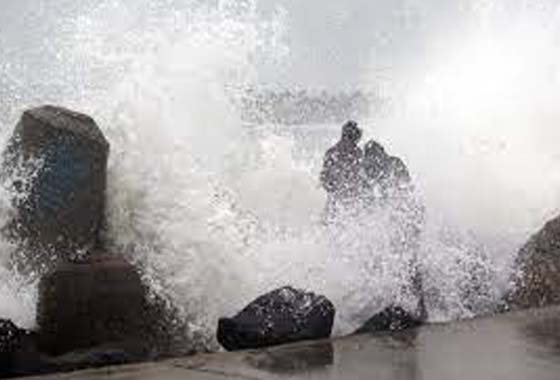 Heavy to very heavy rains are likely in Krishna, Guntur, Kakinada, Konaseema, West Godavari, East Godavari and Visakhapatnam districts. The coastal region is likely to experience gusty winds with 75-95 km/h speed. District administrations in the districts likely to be affected have opened control rooms. People in coastal and low-lying areas have been alerted.

NDRF is closely monitoring the situation and has kept its teams on standby for rescue and relief operations. Indian Navy is also on alert for rescue and relief. Senior officials of the Eastern Naval Command, which has its headquarters in Visakhapatnam, are in regular contact with the authorities in Andhra Pradesh and Odisha. Union Home Secretary Ajay Bhalla reviewed the situation through a video conference with disaster management authorities in Andhra Pradesh and Odisha.

He, along with Ambedkar, is continuously monitoring the cyclone situation from the state emergency operation centre and issuing necessary directions to the districts concerned. State Home Minister Taneti Vanitha also reviewed the situation with top officials in view of the forecast heavy to very heavy rains across the state under the impact of the cyclone. Parts of North and South coastal Andhra received heavy rains accompanied by gusty winds on Tuesday. Machilipatnam also experienced rains and gusty winds. Authorities stopped electricity supply in some areas as a precautionary measure.

Storm surge of about 0.5 m above astronomical tide is likely to inundate low lying areas of Krishna, East and West Godavari and Vishakhapatnam districts, an IMD bulletin said. The IMD has suggested total suspension of fishing operations and advised fishermen not to venture into the sea till May 12th.

In Krishna, East and West Godavari and Visakhapatnam districts, damage to thatched huts, minor damage to power and communication lines due to breaking of branches and major damage to Kutcha and minor damage to Pucca roads is likely. Some damage to paddy crops, banana, papaya trees and orchards is also anticipated.