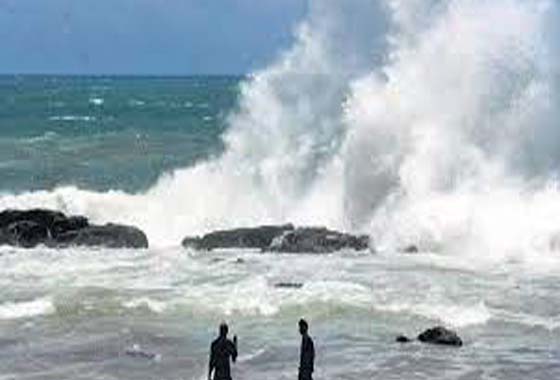 Vijayawada: Cyclonic storm Asani made landfall between Machilipatnam and Narasapuram in Andhra Pradesh late on Wednesday night after weakening into a deep depression. According to the SDM Authority in a press note said that cyclone Asani would further weaken into a depression and emerge into the Bay of Bengal in the Yanam-Kakinada region.

Coastal AP districts would receive moderate to heavy rainfall at isolated places with winds gushing to a speed of 50-60 km/hour, it said. People should remain cautious and fishermen should not venture into the sea as Bay of Bengal would continue to be rough.

On Wednesday evening, Asani lay centered some 20-30 km off Machilipatnam Coast in Krishna district.
Many districts along the Bay of Bengal coast witnessed moderate to heavy rain under the influence of Asani even as the Government officials has been fully geared up to meet any emergency.