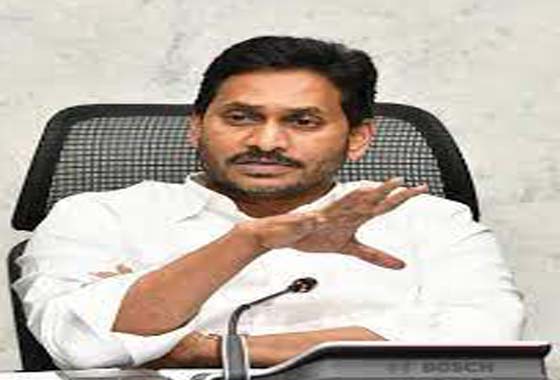 Vijayawada: Andhra Pradesh Chief Minister YS Jagan Mohan Reddy directed the officials on Wednesday in districts of cyclone affected areas to evacuate people living in low-lying areas and ensure accommodation and food for them. YS Jagan reviewed the cyclone situation with the officials and directed them to distribute Rs 1,000 per head or Rs 2,000 per family when they leave the relief camps so that they could repair their damaged houses.

He suggested the authorities to set up effective help lines and create awareness about them among the people. In a video conference with Collectors and police chiefs of Asani-prone coastal districts, the officials said that relief camps have been opened in 454 locations. Jagan asked the officials to open more camps at required locations and maintain them properly. He added that funds have been sanctioned for relief measures.

The officials were also told to keep diesel generators, excavators and other materials for relief measures ready, besides ensuring the availability of essential commodities like rice, pulses and cooking oil in view of IMD predicting possible heavy rains in several places.