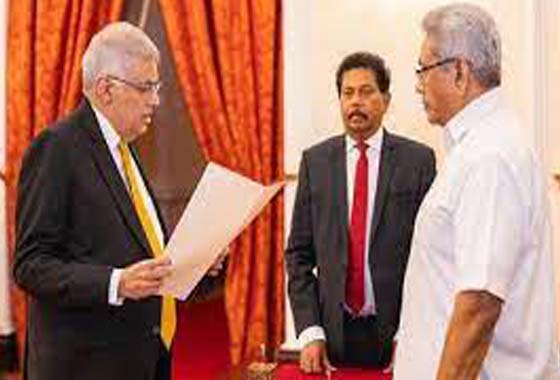 After taking the oath, Prime Minister Ranil Wickremesinghe said in his address to the nation that his cabinet will be put in place this week. Wickremesinghe heads the United National Party. The breakaway SJB faction of the party currently forms the principal opposition party. Anti-Government protesters also want President Rajapaksa to step down.

President Rajapaksa in his address on Thursday said to control the current situation, and prevent the country from heading towards anarchy, he would appoint a Prime Minister and cabinet that can command a majority in Parliament and can gain the confidence of the people of the country. Sources indicated that he held talks with Wickremesinghe before and after the address and an agreement was reached.