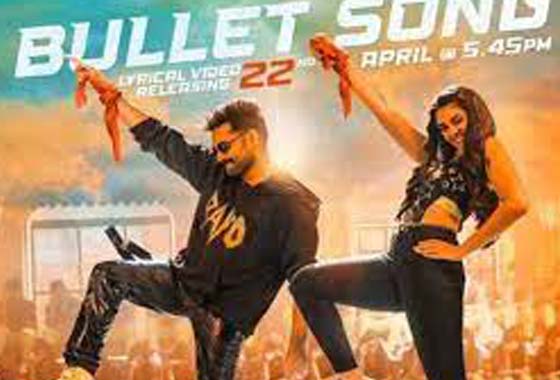 Hyderabad: The team of Warrior movie in Telugu released a Bullet song on Friday at 5.45 pm. The Bullet song video ensures a chartbuster with Simbu’s vocals and Ram Pothineni and Krithi Shetty’s powerful dance routines. DSP was the composer of the music.

Bullet song was picturized on hero Ram and heroine Krithi Shetty, Silambarsan TR aka Simbu has recorded a song for the next film. The producers had earlier released a sneak peek video with the major actors. Ram Pothineni makes his debut in the Tamil film industry with this film. N Lingusamy directs this bilingual Telugu and Tamil film. The film was produced under Srinivasa Silver Screens by Srinivasaa Chitturi.