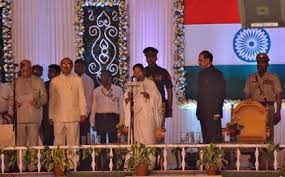 Mamata Banerjee wore simple tradition Bengali clothes and she has maintained a publicly austere lifestyle and avoiding luxuries. Mamatha Banerjee won the hearts of the people of Bengal with her simple lifestyle and her Government functioning for the welfare of SC/ ST and Minorities in the State gave a thumping majority to her party TMC with a mandate of 213 seats in the West Bengal Assembly.

Now, Mamatha Banerjee is going to sworn – in as the Chief Minister of West Bengal on May 5th, 2021 for the third consecutive term. She first formed Government in West Bengal in 2011 and retained power for the second term in 2016.

This time her victory is significant margin against the BJP and this election was the most probably the most difficult political battle in her career, she ever fought. She has witnessed many ups and downs in her long political career; here are some of the top milestones in her career. 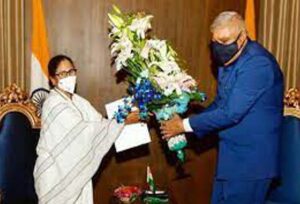 She also holds an honorary Doctorate from the Kalinga Institute of Industrial Technology. She was also honoured with a Doctorate of Literature (D.Litt.) degree from Calcutta University.

Mamatha Banerjee started her political career in Congress, she discharged her duties in various designations in the Congress and she became the State General Secretary.

She was elected to the Lok Sabha as the youngest parliamentarian ever, defeating veteran Communist politician Somnath Chatterjee in 1984 general election, to win the Jadavpur parliamentary Constituency in West Bengal. Prime Minister PV Narashima Rao inducted Mamatha Banerjee in his Cabinet in 1991 and allocated a portfolio of Sports & Youth Affairs. 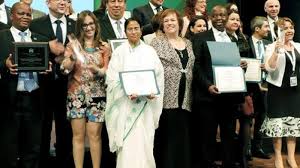 Mamata Banerjee was the Railway Minister of India twice. She became the Union Railways Minister for the first time in then Prime Minister Atal Bihari Vajpayee’s Cabinet. TMC was part of the BJP-led NDA at that point.

In 2002, she became the first Women Minister to present the railways budget. She was also the first female Minister of Coal, Minister of State for Human Resource Development, Women and Child Development in the cabinet of the Indian government. 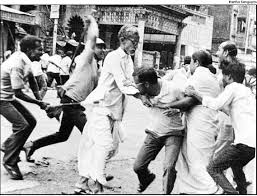 She had joined NDA in 1999 and became a Minister under Prime Minister Atal Bihari Vajpayee. 2006-2007 (Singur and Nandigram): Led by Mamata Banerjee, the TMC party got attention nationwide when it protested against the Left Government for allegedly acquiring agricultural land from farmers by force. She won the Bengal assembly election in 2011, ending 34 years of Left Front rule in the state.

Banerjee became the first woman Chief Minister of West Bengal. The party retained power in the state in the 2016 elections with even more seats as compared to 2011. The same year, it was recognized by the Election Commission as a ‘National Party.