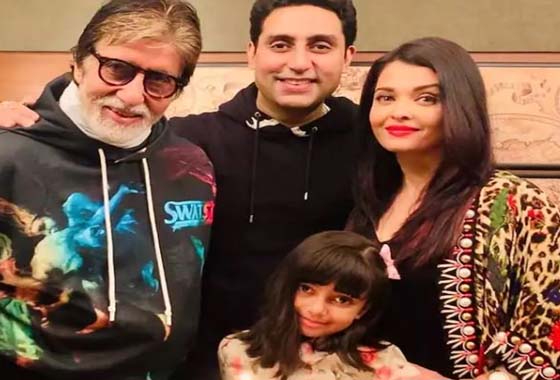 Mumbai: Actress Aishwarya Rai Bachchan and her daughter Aaradhya (08) tested positive for the Covid- 19 on Sunday. The mother and daughter, both asymptomatic, decide to self-isolate at home by giving BMC a declaration.

Amitabh’s wife Jaya tested negative as did their daughter Swetha Bachchan Nanda and her family. The BMC put up posters outside all four Bachchan family bungalows in Juhu i.e. Janak, Jalsa, Prateeksha, Vatsa announcing a containment zone. Aishwarya and Aaradhya are believed to have isolated themselves in Jalsa tweeted Abhisekh on Sunday evening.

Aishwarya and Aaradhya also tested Covid- 19 positive. They will be self-quarantining at home. The BMC has been updated of their situation and are doing the needful. The rest of the finally including my mother have tested negative. Four Municipal teams comprising 20 workers were deployed to sanitize the bungalows and screen everyone, officials said. They had traced 28 high risk contacts, all bungalow workers after screening and collected their swabs for testing.

The 28 bungalow staff workers had been quarantined at Janak, which the family also uses as an office, officials said. There was adequate space in the bungalow to quarantine them. According to the sources Amitabh had experienced breathlessness on Saturday morning, following which he contacted his doctor, who advised the Covid- 19 test.