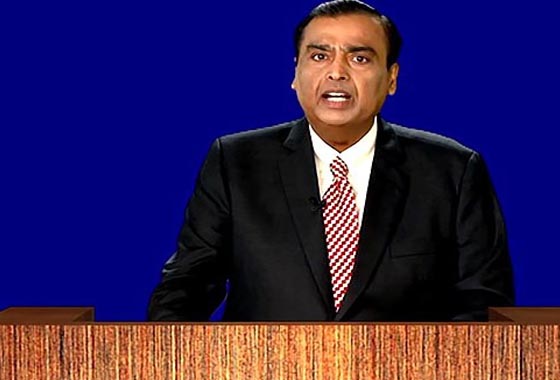 Mumbai: Reliance Chief Mukesh Ambani on Wednesday announced new frontiers of expansion in the digital and telecom space and sealed a Rs. 33,737/- Cr ($ 4.5 Billion) deal with Google for a 7.7% stake in Jio platforms. Managing to score a rare distinction of getting the search gaint to walk into a company where social media major facebook is also present. 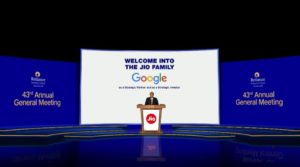 Reliance Industries Chairman Mukesh Ambani in his address to the shareholders at the company’s 43rd annual general meeting held virtually on Wednesday.

Mukesh Ambani, who has raised a massive Rs. 2.1 L Cr (wiping out RIL’s net debt of Rs. 1.6 L Cr) in the past few months. He also spoke of plans to get into indigenous 5G technology that would pit him against global telecom tech and infrastructure majors like Huawei, Nokia, Ericsson and Samsung. After acquiring the biggest chunk of the telecom subscriber base in India, Russia’s richest man is now seeking to be ready to meet the demand for 5G equipment coincides with Huawei’s global black listing, from the US and the UK to Australia, and a possible bar in India to, amid concerns over its links with Chinese PLA.

A successful Foray into this segment will complete the loop for what was once a staid oil and petro-chemicals company. Through Jio, the group will not just offer telecom services and equipments but also handsets for which it intends to use Google’s and android platform.