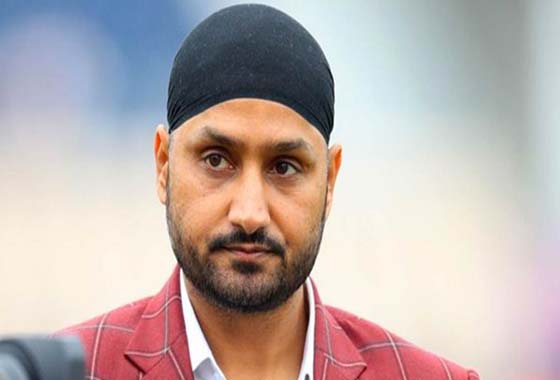 New Delhi: The veteran Team India cricketer Harbhajan Singh asked the Punjab government to withdraw his nomination for the prestigious Rajiv Gandhi Khel Ratna award. Harbhajan singh in a series of tweets said that he is not eligible for the award. Which is the highest sporting honour in the country?

Harbhajan in his tweets wrote that, Dear friends I have been flooded with calls as to why Punjab Govt withdrew my name from Khel Ratna nominations. The truth is I am not eligible for Khel Ratna which primarily considers the international performances in last three years.'” The Punjab Govt is not at fault here as they have rightly withdrawn my name. Would urge my friends in media not to speculate. Thank you and regards.”

He said that, “Lot of confusion & speculation regarding my nomination for Khel Ratna so let me clarify. Yes last year the nomination was sent late but this year I only asked Punjab Govt to withdraw my nomination because I don’t fall under the 3-year eligibility criteria. Don’t speculate further.” The Sports Ministry, in its document in which it explains the eligibility for anyone to be nominated for the Khel Ratna, among other points, says “spectacular and outstanding performances in the field of sports by a sportsperson over a period of four years immediately preceding the year during which the award is to be given shall be honoured with the Rajiv Gandhi Khel Ratna Award.”

Harbhajan nomination for the award was rejected last year after the Punjab government had sent the documents to the Sports Ministry after the last date for the same had passed. This year, however, the nomination was filed on time, only for the state government to take it back with no explanation. Harbhajan was played for the Indian teams that won the 2007 T20 World Cup and 2011 World Cup. With 417 wickets, he is India’s third-highest wicket-taker in Test cricket after Anil Kumble (619) and Kapil Dev (434).