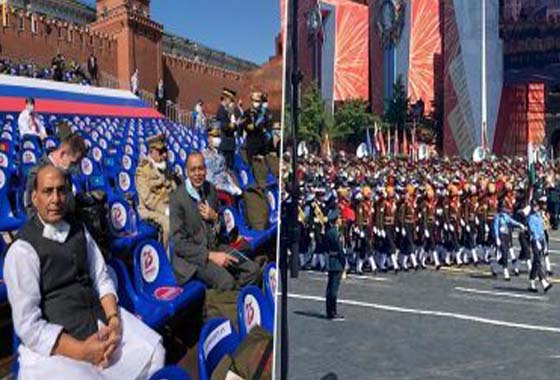 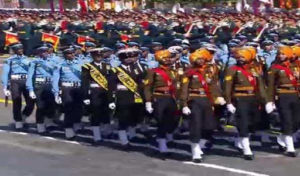 Indian Defence Minister Rajnath Singh was on the high profile guest at the event in the Russia. Attending the victory day parade at Red Square in Moscow on 24 June 2020, to commemorate the 75th Anniversary of the Soviet people in the great patriotic war of 1941-1945. Raj Nath Singh in his tweet said that, I am proud that a Tri-Service contingent of the Indian Armed Forces is also participating in this parade.

On the invitation of Russian Defence Ministry, he is in Moscow on a three day visit to attend the 75th victory day parade of Russia. The singh also in a tweet said the impressive turn out of the tri-service contingents of the Indian armed forces at the victory day parade in Moscow is indeed an extremely proud and happy moment for me. Russia had postponed by a month the military parade, which is traditionally held at Moscow’s Red Square on May 9, due to the Covid-19 pandemic.

Russian President Vladimir Putin said that on June 24, 1945 a massive parade of “victors” took place in honour of soldiers who fought for Moscow, defended Leningrad, liberated Europe and created havoc in Berlin during the last days of Second World War.