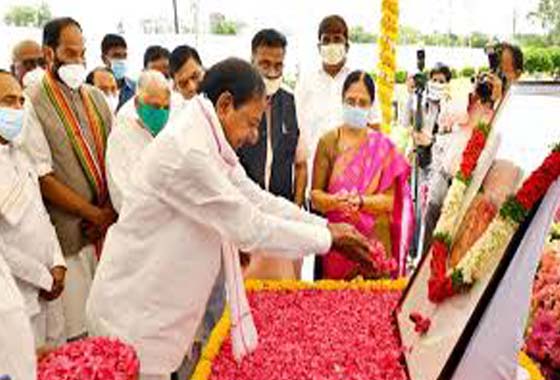 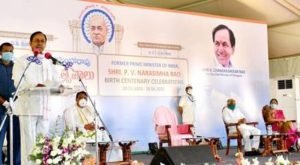 His land reforms helped many rural poor people, who are landless. He also introduced Gurukul Institutions in the state as Minister for Education in AP. Later he introduced the economical reforms in the country in 1991, when the country is in the deep financial crisis. He introduced liberalization of economic policy.

This policy boost up the country with foreign investments, and it leads to the development of the country, he said. The PCC Chief Uttam Kumar Reddy and other Congress leaders attended the occasion.

Many congress leaders including Sridhar, Chinna Reddy, Sravan and others participated and paid tributes.