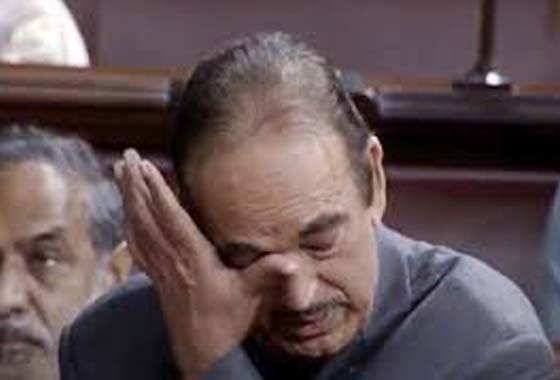 New Delhi: “If any Muslim in the world should be proud, it should be the Hindustani Muslims, emotionally said the veteran Congress leader and the floor leader in Rajya Sabha Gulam Nabi Azad whose current tenure ends on February 15th.

Azad in his sharpen words speech after Prime Minister Narendra Modi’s emotional speech bade a tearful farewell to Leader of Opposition in Rajya Sabha Ghulam Nabi Azad. Azad signed off his speech that drew a parallel between the lives of Muslims in India and Pakistan, and said he prided himself in being a Hindustani Musalman. Asserting that India was untainted by the evil practices prevalent in countries like Pakistan, Azad said, I am among those who have never been to Pakistan, but when I read about the evils that exist in Pakistani society, I think Hindustani Muslims should be proud”.

Modi said in his speech in Rajya Sabha that “his work will inspire generations of MPs to come. Posts come, high offices come, power comes, but one must learn from Ghulam Nabi Azadji how to handle them”.