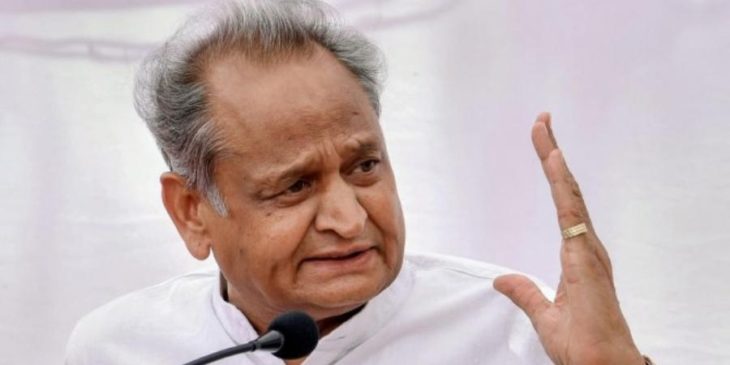 Jaipur: Rajasthan Chief Minister Ashok Gehlot expressed confidence that he will win the trust vote on the floor on August 14th, which convenes the Assembly. Speaking to the media persons on Thursday after the cabinet meeting at a hotel, he said that the delay of the convene Assembly is caused to the “Horse trading” in the state.

The other political parties offering money to MLAs, who are supporting to him, to switch sides had increased sharply ahead of the session. He claimed money offered to MLAs at first Rs. 10 crores after some time it goes to Rs. 15 crores and now unlimited.

He also accused Bahujan Samaj Party (BSP) chief Mayawati of acting at the behest of the BJP, referring to her party’s petition in the high court challenging the merger of six BSP MLAs with the Congress last year. The Rajasthan High Court on Thursday issued notices to the Speaker and six MLAs who contested elections on a Bahujan Samaj Party and then merged with the Congress. The court issued the notices while hearing a petition filed by the BSP against the merger of the MLAs into Rajasthan’s ruling party.

Sachin Pilot, congratulated Govind Singh Dotasra on Wednesday for taking charge as the Rajasthan Congress president, saying he expects the new chief will work without prejudice and treat with respect the workers with whose hard work the government has been formed.

Dotasra, who on Wednesday formally took over as the new chief of the Rajasthan Congress, was appointed to the post after Pilot was sacked as the Rajasthan Pradesh Congress Committee chief and the deputy chief minister following accusations that he tried to topple the Congress government in the state as part of a “BJP conspiracy”.

Rajasthan Chief Minister Ashok Gehlot wants to shift his supporting MLAs to Jaisalmer on Friday, said Congress sources. All Congress MLAs will stay at Jaisalmer upto August 13th, which they attend Assembly session on August 14th. All MLAs have been asked to prepare their identification cards in advance, and they may be shifted to either Marriott Hotel or Suryagarh Resort, sources said. Ministers are expected to stay back and take over work. Two charter planes trips will transport all MLAs to Jaisalmer, who are to be taken to the airport in buses. The first charter plane will leave for Jaisalmer at 11.45am, the other 3.30pm. Jaisalmer police has been alerted of the developments ahead.

After a long series of back and forths, both Governor Kalraj Mishra and CM Gehlot finally agreeing on a date when the Assembly will be convened August 14. Former Rajasthan Deputy Chief Minister Sachin Pilot on July 13 had declared open rebellion, claiming that he had the support of the 30 Congress MLAs and some independents in the state assembly.