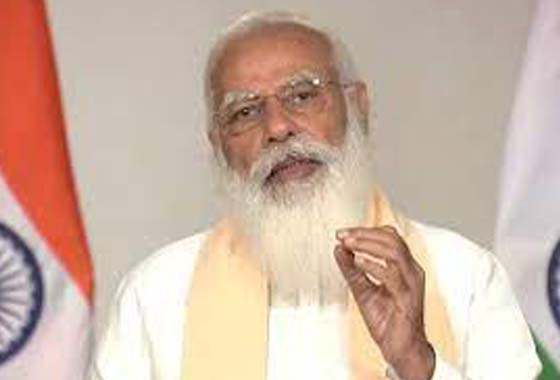 New Delhi:  Prime Minister Narendra Modi said on Tuesday, underlining the steps India has taken over the past few weeks to bring down the spiraling infections. India is again confronted with a big challenge as Covid-19 cases see a rapid surge, but efforts are on to ensure that economic activities and livelihood are not affected in the fight against the pandemic.

He appealed to citizens to come forward and help those in need, asked migrant workers not to leave cities in view of temporary restrictions in place, and stressed that India’s scientific community had a better understanding of the disease this time around and was more equipped to fight the pandemic. Modi said the people were undergoing suffering but “we need to fight it out with all our might” and expressed confidence that the Covid-19 will be defeated with the combined efforts of the people.

After Delhi, Jharkhand has declared a one-week lockdown from April 22, while Maharashtra, where there are already several curbs, indicated a similar step soon. Telangana and Karnataka has announced night curfews while Uttar Pradesh ordered a weekend lockdown. Restrictions like night curfews are also in place in Uttar Pradesh, Punjab, Rajasthan, Kerala, Odisha, parts of Chhattisgarh and Madhya Pradesh and the Union Territory of Jammu and Kashmir.