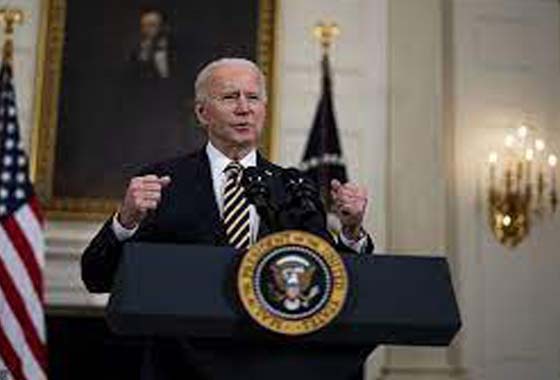 Washington: United States on Thursday carried out an airstrike in Syria against a structure belonging to what it said were Iran-backed militia, two officials told Reuters, an apparent response to rocket attacks against US targets in Iraq.

Speaking on the condition of anonymity, officials said the strike was approved by President Joe Biden. The Pentagon did not immediately respond to a request for comment. 15 attacks, rockets hit the US military base housed at Erbil International Airport in the Kurdish-run region killing one non-American contractor and injuring a number of American contractors and a US service member.

Another salvo struck a base hosting US forces north of Baghdad days later hurting at least one contractor. Earlier this week, the Kataib Hezbollah group, one of the main Iran-aligned Iraqi militia group, denied any role in recent rocket attacks against US targets in Iraq. Some Western and Iraqi officials say the attacks, often claimed by little-known groups, are being carried out by militants with links to Kataib Hezbollah as a way for Iranian allies to harass US forces without being held accountable.