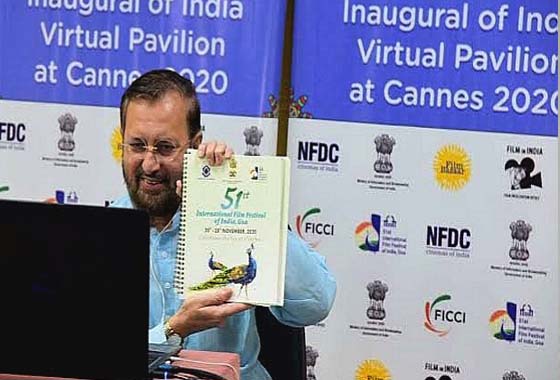 Mumbai: The Indian pavilion at Cannes was inaugurated virtually on June 22nd, and officials and representatives of the Film Industry joined the inauguration from their homes. Information and Broadcasting Minister Prakash Javadekar virtually inaugurated the India Pavilion at the Cannes Film Market on Monday. 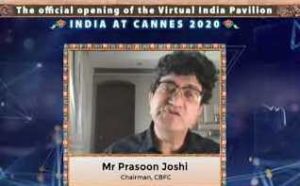 Javadekar said to promote collaborations – both business and artistic — the ministry will help Indian filmmakers to connect with global cinema leaders. “India Pavilion at #CannesFilmMarket is attractive even in online format; the virtual place will be the real partnership place, it will showcase films and numerous webinars. We, as Ministry of Information & Broadcasting, will assist you in connecting with right people,” the minister said in a Zoom webinar. 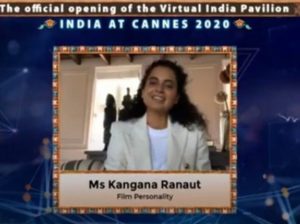 Calling cinema the “soft power” of India, Javadekar said the ministry is continuously working towards making India a film shooting friendly destination. “Our Film Facilitation Office has facilitated 80 foreign film shootings. Now, it will function as a single window where all central and state government permissions will be given in one go, saving time and cost. I appeal to film fraternity, come invest and shoot in India.”

From India, Ananth Mahadevan’s Marathi film ‘‘Mai Ghat: Crime No 103/2005″, starring actor Usha Jadhav, and National Award-winning Gujarati film “Hellaro” will be screened at the film market. The Pavilion is set up jointly by the Ministry of Information & Broadcasting and FICCI.

Joshi said cinema has become an essential part of people’s lives and in these unprecedented times, when the world is trying to bounce back to normalcy, art plays an important role. “Art finds its own way. We are going through tough times. People have started seeing cinema differently as they have started seeing their lives. Over the generation cinema has become an essential thing for people. Cinema has gone hardwired into us and there will always be a need for entertainment,” he said. The lyricist said a platform like Cannes is important for artists as it looks at the “nuances” and celebrates it.

Bhandarkar said such platforms help storytellers from different parts of the world to have a creative exchange. “I think it is necessary to tell our stories and culture to the world. Last year, we had great discussions with a lot of people who want to come to India for shooting. We should also collaborate with international filmmakers, scriptwriters and other talents.”

Ranaut said the Indian Pavilion will act as a platform for artistic minds to explore new avenues. “In times when we are so isolated to reach out to global community, this is such a great effort. In these times, we are caught up in uncertainty and being a performing artist there is nothing much I can grasp from other creative minds. I believe it is important to have these virtual sessions for global community.” In the webinar, the minister also unveiled the booklet and poster of the 51st International Film Festival of India, which is scheduled to take place from November 20 to 28.