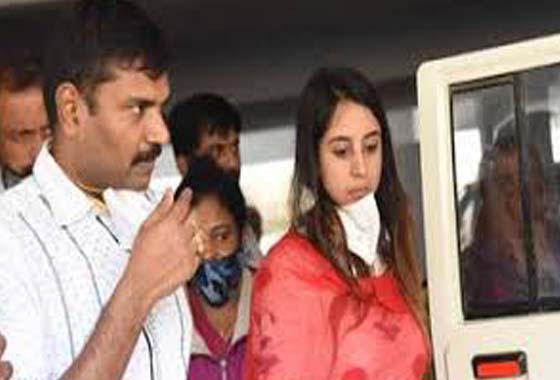 Bengaluru: Sanjjanaa Galrani, who has been in CCB custody for eight days, now was sent to judicial custody for two days. Her bail hearing is due.

Kannada actress Sanjjanaa Galrani, the second film star to be arrested in the Sandalwood drugs scandal has been remanded in judicial custody by a court till September 18.  Sanjjanaa after Ragini Dwivedi, was produced before the first additional chief metropolitan magistrate, through video conference around 04:00pm on Wednesday.

Actress Sanjjanaa Galrani, who was arrested last week in connection to the ongoing probe on the drug scandal and its links with the Kannada film industry, has now been sent to 2 days of judicial custody after her investigation with the Central Crime Branch police was done.

Prior to being produced before the court, Sanjjanaa and others were subjected to medical tests at KC General Hospital in Malleswaram.  Ragini and other suspects Prashanth Ranka, Rahul Thonse, Niyaz Ahmed and Loum Pepper Samba are already in the prison.