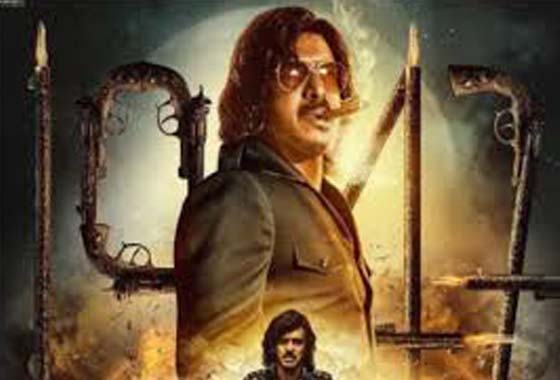 Hyderabad: The Poster of Kabza Film, unveiled by Ram Gopal Varma, which the film directed by R. Chandru On September 17. The makers of Kabza unveiled the film’s poster featuring the lead actor Upendra. The poster, which was released ahead of Upendra’s birthday garnered a lot of attention from his fans and audience. Going by the poster, Upendra will be seen as an underworld don.

His next directorial, which he is also producing under his Sri Siddeshwara Enterprises Banner, Kabza is his most ambitious project till date.

The director R. Chandru, said about the film Kabza, “ we are shooting Kabza in Kannada, Tamil and Telugu languages” and will dub it in other four languages, including Hindi. Before the Covid-19 Pandemic, we had finished 40% of the film. Since we are doing each shot three times, we will need atleast 75 days to complete the film.