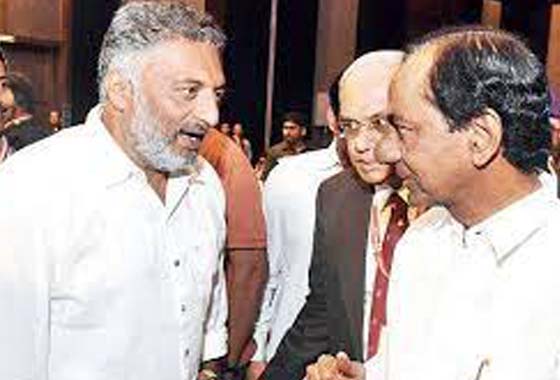 Hyderabad: Veteran actor Prakash Raj called on Telangana Chief Minister K Chandrasekhar Rao on Thursday. There is some speculation in the political spectrum that Prakash Raj met CM KCR in the wakening of Rajya Sabha polls which was scheduled on June 10th.

Prakash Raj is aspiring a Rajya Sabha from TRS which is having two vacant seats to be filled. The EC of India issued the election schedule for 57 Rajya Sabha seats throughout India, the notification will be issued on May 24th. The last date for filing of nominations is May 31st. The scrutiny of nominations will take place on June 1st. Election, if necessary; will be held on June 10th.