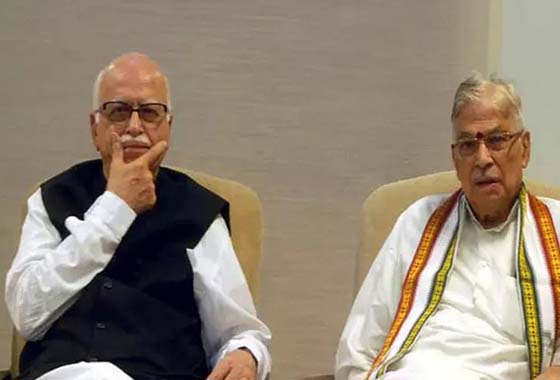 New Delhi: The veteran BJP leaders LK Advani and Murali Manohar Joshi were invited via phone calls on Saturday by the trust set up to oversee the construction. An invitation is also being sent to the two senior leaders by the General Secretary of the Ram Janmabhoomi Teerth Kshetra Trust, which was set up by the Supreme Court after its landmark verdict in November last year. 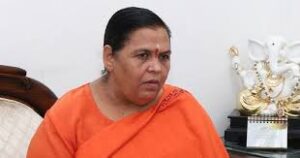 The Veteran BJP leaders LK Advani and Murali Manohar Joshi will not visit Ayodhya for the ground-breaking ceremony for building of a temple. The two leaders will instead attend the August 5 event via videoconferencing, sources said.

Last week, Advani — who was the face of the movement to build a Ram temple in Ayodhya in the 1990’s —  appeared before a special CBI court in Lucknow via video link to answer questions relating to the mosque’s razing. Advani, 92, who is among the accused in the case and was asked more than 100 questions over four-and-a-half hours, has denied all charges, according to his lawyer.

The CBI has said Advani, and other leaders like Joshi, Uma Bharti and Kalyan Singh made   incendiary speeches from a dais close to the mosque, which motivated the razing of the structure.

Uma Bharati “I was called by the court for my statement and I have told the court what was true. It does not matter to me what the judgement will be. If I am sent to the gallows, I will be blessed”. Grand preparations have been made for the August 5 ceremony, which will revolve around the installation of a 40 kg silver brick as the foundation stone; this will be set by the Prime Minister, said sources.

The guest list has been trimmed to around 50 VIPs because of restrictions on travel and gatherings during the Covid- 19 outbreak, the trust has said. Top leaders of the Rashtriya Swayamsevak Sangh (RSS) including its chief Mohan Bhagwat and general secretary Suresh Bhaiyyaji Joshi are also being invited for the event along with VHP’s working president Alok Kumar, a trustee of the temple said.