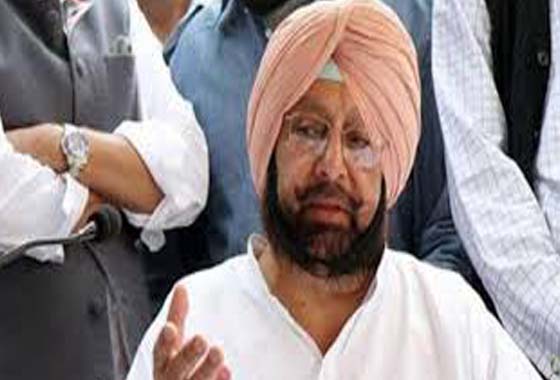 Chandigarh: Punjab Chief Minister Amarinder Singh resigned from his post on Saturday. He submitted his resignation to Governor Banwarilal Purohit and he said he had been humiliated thrice.

I am in the Congress party, will consult with my supporters and decide the future course of action: @capt_amarinder submits resignation to Governor Banwarilal Purohit, at Raj Bhavan in Chandigarh pic.twitter.com/HcRTVrXOHP

He also said that the Congress is free to appoint whoever they trust; he would exercise his options when the time comes. Amarinder Singh told to the media persons that he had decided to resign on Saturday morning. He had spoken with Congress president Sonia Gandhi and had told her he had put up with enough humiliation, he said.

I was humiliated three times by the Congress leadership in the past two months they called the MLAs to Delhi twice and now convened CLP meeting on Saturday. Apparently they do not have confidence in me and did not think I could handle my job. But I felt humiliated at the manner in which they handled the whole affair.

Answer to a media persons question Amarinder said that this moment I am still in Congress. After consulting with his followers who have supported me for the past 52 years, he said, earlier called MLAs to his house to rally his loyalists. Fifteen of the Congress’s 80 MLAs, including four ministers, attended the meeting. The names of three leaders are in circulation to replace Singh former Punjab Congress Chiefs Sunil Jakhar and Pratap Singh Bajwa, and Beant Singh’s grandson Ravneet Singh Bittu.