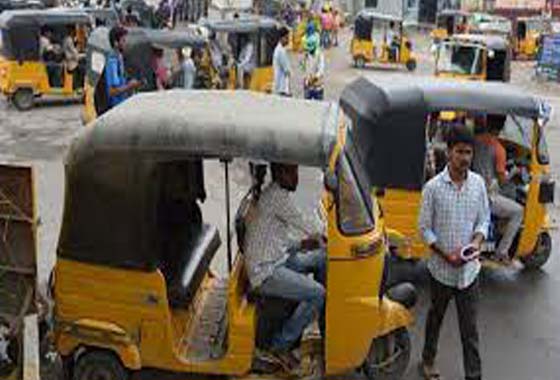 Hyderabad: Telangana Auto, cabs, lorry unions Joint Action Committee will stage a State-wide bandh on Thursday, to lay siege to Transport Bhavan in protest against the Central Government’s anti-labour policies. The JAC called a strike from Tuesday midnight.
The JAC urged the drivers of autos, cabs and Lorries to lay siege to Transport Bhavan, Hyderabad, on Thursday. The leaders said that they will burn the effigies of Central Government at all district headquarters. The JAC demanded to stop collecting Rs 50 penalty per day if vehicle fitness certificate is delayed and to scrap the implementation of new Motor Vehicle Act – 2019.

It is not right to show thousands of rupees dues through online by levying Rs 50 penalty for delay in vehicle fitness. They reminded that they didn’t increased auto meter charges even though the prices of petrol, diesel, gas and other essential commodities have increased 100% in the past eight years. The JAC leaders requested the Central Government to include the fuel prices under GST limit.