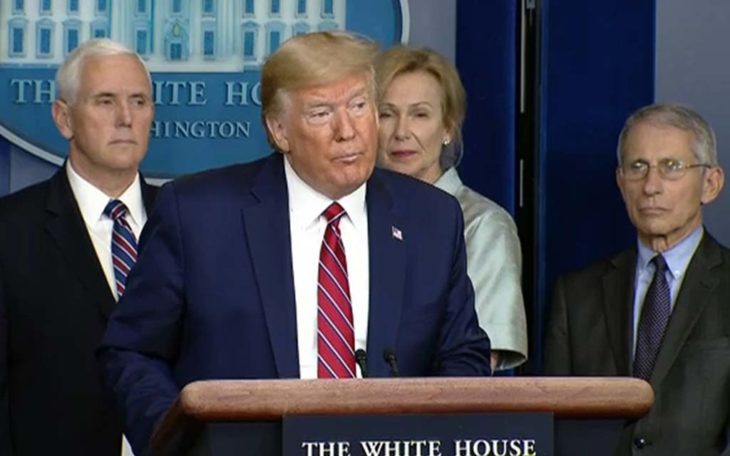 Washington: US President Donald Trump said on Monday that the China has caused great damage to the world, lashing out at China for its handling of the Covid- 19 outbreak.

Trump in a tweet commented that as the Covid- 19 caseload in the US surpassed the 2.93 million mark. The US is the worst-hit nation from the Covid- 19 with over 1.32 lakh fatalities linked to the infection.

While addressing the second “Salute to America” on America’s 244th Independence Day, Trump said that the country was doing great until it got hit by a virus that came from China. “The power of tariffs being imposed on foreign lands that took advantage of the United States for decades enabled us to make great trade deals where there were none. Tens of billions of dollars are now paid to the US treasury by the same countries but then we got hit by the virus that came from China,” Trump said.

Since the start of COVID-19 pandemic, both the US and China have been at loggerheads and tensions between the two have escalated.