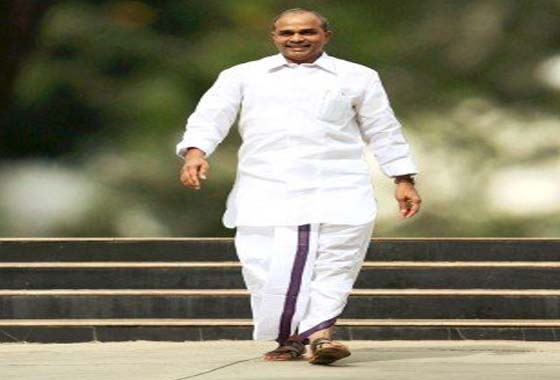 Hyderabad: “Y.S.R” the name of former Andhra Pradesh Chief Minister late. Dr. Y.S. Rajashekar Reddy is an “Assurance” to the farmers. YSR thinks that “Farmers are the backbone to the rural area and the agriculture provides 70% employment in the rural areas”. 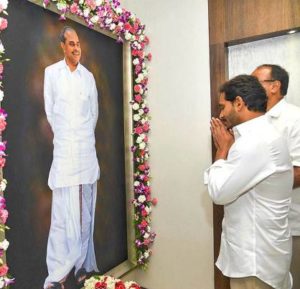 The Andhra Pradesh Chief Minister Y.S. Jagan Mohan Reddy celebrating the birthday of late Y.S. Rajashekar Reddy on July 8th, as the “Farmers Day”. Y.S. Jagan Mohan Reddy implementing the “Farmers Day” from July 8th, 2019 in the state, after he sworn-in as CM, he gave priority to the agriculture sector and took many measures to curb the problems of farmers. He introduced nearly nine schemes only for farmers in the span of one year, in the name of “Y.S.R Rythu Bharosa Kendras”.

He implemented the scheme of Rs. 13, 500 as ‘Rythu Bharosa Investment Scheme’. He initiated the fund for price standardization. He also established ‘Rythu Bharosa Kendras’ in each Village Secretariats to provide all necessary services to the farmers in the village itself. He also provided MSP to the farm products to the farmers. On behalf of the YSR’s birth anniversary day celebrations, he is going to pay the dues of the interest today after 1 pm. He is also going to release the dues to the five sugar factory farmers in the state. 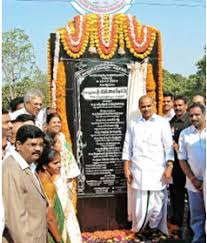 He also assured free borewells to the farmers, the entire expenditure of the borewell will bare by the Government, Jagan Said. He also implemented free crop insurance scheme last month.

YSR initiated many plans and he implemented many schemes to the farmers as the Chief Minister to uplift the farmers, who are in the hands of drought and low rainfall, the spurious seeds and fertilizers. YSR implemented free electricity to the agriculture for seven hours per day, on the first file he signed as a Chief Minister, on the dias of the Sworn- in function. Later he took a massive irrigation projects to provide water to the barren lands and drought prone areas.

He took 26 irrigation projects with an estimated cost of Rs.40, 000 crores in the name of the scheme “Jala Yagnam”. His main irrigation projects are ‘Polavaram on Godavari River’ and ‘Pothireddypadu Lift Irrigation Scheme’ for Rayalaseema, and ‘Pranahita-Chevella Project’ in Telangana. He also introduced a scheme of “Pavala Vaddi” (3% interest) to the farmers to relieve them from the clutches of the money lenders. He also provided quality seeds and fertilizers to the farmers and saved them from the suicides.

After the sudden death of Dr. Y.S.R the schemes turned to be a halt or slow down.