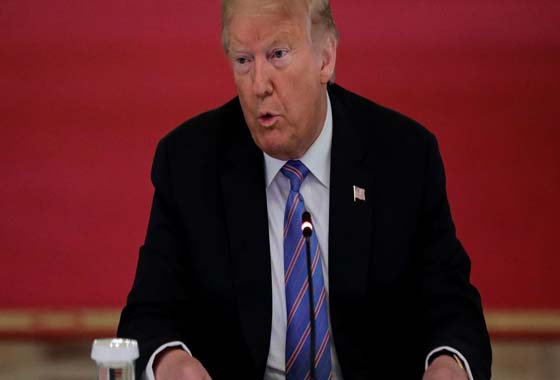 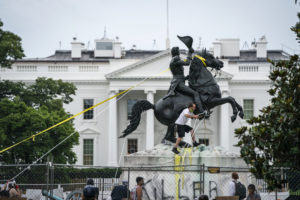 He was preparing an order after protestors tried to vandalize a statue of former President Andrew Jackson near the White House amid nationwide demonstrations against racism and police brutality, earlier this week. The vandalization, which are taking place following the death of George Floyd, an African-American man in police custody last month. The Veterans’ Memorial Preservation Act passed in 2003 already empowers authorities to impose fines and a jail term of up to 10 years for “attempts to injure or destroy, any structure, plaque, statue or other monument on public property commemorating the service of any person or persons in the armed forces of the US.”     Trump in a press conference, said that the executive order would “consolidate various things.” The National Guard has been activated in Washington DC to protect federal monuments following Monday’s attempt by the protestors to topple Andrew Jackson’s bust.