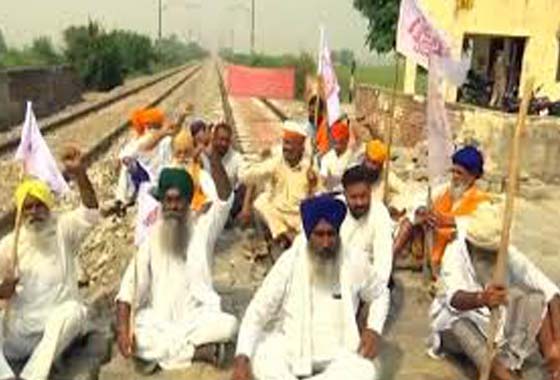 Chandigarh: Farmers in Punjab began their three day Rail Roko protest on Thursday against the recently passed farm bills, for this agitation railway forcing to suspend several trains to avoid confrontation with the agitators. 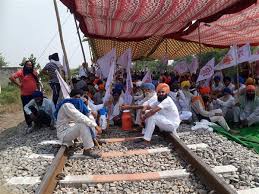 BKU Ekta Ugrahan held protests at 19 places in Bathinda in the state, mainly in Malwa region, where as Kisan Majdoor Sangharsh committee blocked tracks in Majha and Doaba. Protestors pitched tense on railway tracks on Wednesday; Firozpur railway division had cancelled 14 special trains for three days, keeping in mind the safety of passengers and protection of railway property.

BKU Ugrahan General Secretary Sukhdev Singh Kokri said that it is do or die battle. Once the bills become law, MSP will be a thing of the past and crop will be purchased by multi-national companies and corporate houses at prices they fancy.

Besides farmers, states where the concept of agricultural produce market committee is strong will face huge financial loses. Contract farming will reduce small and marginal farmers to form labourers on their own farms. Apprehending hoarding by big players following changes in the essential commodities bill, Kokri claimed farmers will not get remunerative prices.

Kisan Majdoor Sangharsh Committee President Satnam Singh said we have decided to go all out and fight a full -fledged battle. We will make any sacrifice but will not allow the laws to be implemented in Punjab.