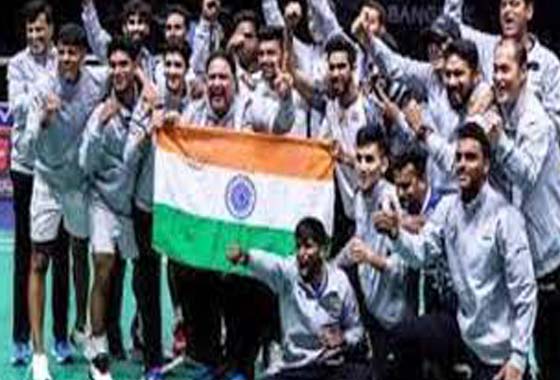 It was once again left to Prannoy to take the team home when the tie was locked 2-2. He was up against world number 13 Rasmus Gemke, Prannoy suffered an ankle injury after slipping on the front court while going for a return but the Indian continued after taking a medical timeout. He looked in pain and his on-court movement also looked restricted but despite all odds. He produced a sensational performance to come up trumps 13-21, 21-9, 21-12 to fetch India’s name in the history books.

India will now take on 14 time champions Indonesia, the most successful team in the history. Indonesia defeated Japan 3-2 sets in their semifinal.