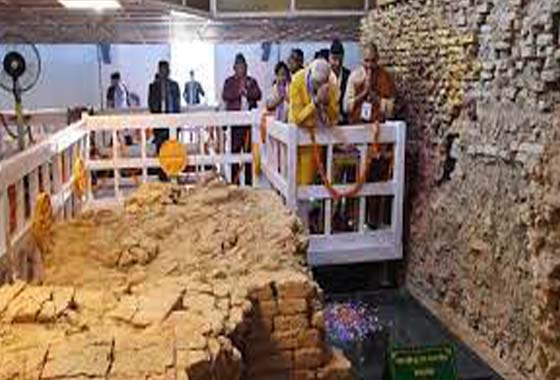 Kathmandu: Indian Prime Minister Narendra Modi, offered prayers at the Maya Devi Temple in Lumbini to mark the occasion of Buddha Purnima on Monday. He was accompanied to the temple by his Nepal Prime Minister Sher Bahadur Deub.

After his visit to the Maya Devi Temple, he will lit a butter lamp in front of the Ashoka Pillar, and water the Bodhi Vriksha, the tree under which Gautam Buddha is said to have attained enlightenment, according to his itinerary. After performing the poojas in Maya Devi Temple he will perform a Bhoomi Poojan and lay the foundation stone of the India International Centre for Buddhist Culture and Heritage, being built at the initiative of the International Buddhist Confederation, New Delhi.

A bilateral meeting between the two Prime Ministers is also scheduled which will undertake a comprehensive review of recent agreements. Some MoUs on cooperation in cultural and educational sectors are expected to be exchanged between the two countries after the bilateral meeting, according to officials. Deuba will host a lunch in the honour of Modi and his delegation. Prime Minister Modi will also attend the 2566th Buddha Jayanthi Celebration and address a large gathering of people from Nepal and India, including Buddhist scholars and monks.