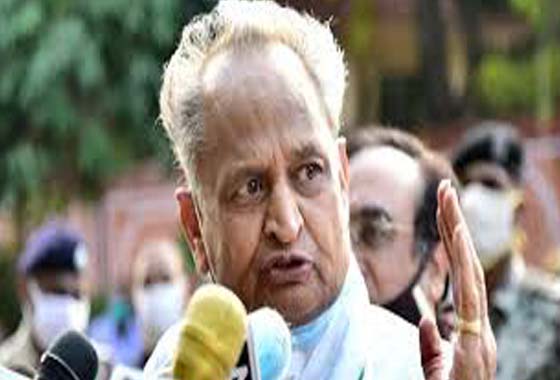 Jaipur: The People of Rajasthan are supporting us, said Rajasthan Chief Minister Ashok Gehlot at Jaipur airport before flying to Jaisalmer with the last batch of MLAs on Friday evening. He also said reportedly the name Home Minister Amit Shah because he remains at the forefront in toppling the Governments, be it in Karnataka, Madhya Pradesh, Goa, Manipur or Arunachal Pradesh. 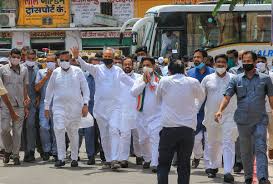 Gehlot said that he would ask him, what has happened to you Amit Shahji? Day and night, sleeping or awake, you think of toppling Governments. If elected Governments keep falling like this how will democracy survive in the country, said Gehlot? Fearing poaching by its decedent group and the opposition BJP, Rajasthan Congress shifted its MLAs on Friday from a luxury in the city to a resort in Jaisalmer. They were flown in three charter planes between 1 pm and 6 pm, said Bhanu Pratap Singh.

The Legislatures will stay in Jaisalmer until the Assembly session begins on August 14th. Even as the Ministers remain in Jaipur to attend to their official duties. The new arrangement will be flexible, with the movement of Ministers being permitted between the two cities on a rotation basis over the next fortnight. It is important to save the Government. You are witnessing how the Government of India and its Home Department are after us.