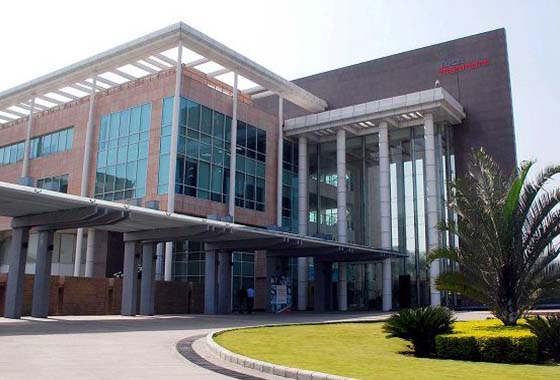 Bhubaneswar: The Mahindra Tech Campus was sealed by the Bhubaneswar Municipal Corporation on Tuesday, after the detection of multiple Covid-19 cases. The campus has been sealed for three days till Thursday for sanitization. Campus was sealed after seven cases were detected in the last one week said BMC north zone deputy commissioner.

“The first case from the campus was reported on June 29 and the individual had a travel history outside Odisha,” he said. 65 employees of the IT firm have been home quarantined and will undergo Covid-19 tests if they develop any symptoms, the ZDC said. He said contact tracing is also in progress to isolate others who have come in contact with these seven persons. Of the 37 cases reported in Khurda in the last 24 hours, around 26 are from Bhubaneswar, he said.

Meanwhile, the Covid-19 tally in Odisha crossed the 10,000 mark on Tuesday after the state reported its biggest single day spike of 572 cases along with six deaths. The cases were reported from 21 districts with Ganjam remaining at the top with 273 cases. Gajapati and Sundargarh districts also reported 56 and 51 cases respectively. The state so far has reported 10,097 Covid-19 cases and 42 deaths. Health officials, however, claim that at least 12 Covid-19 patients have died due to other diseases.