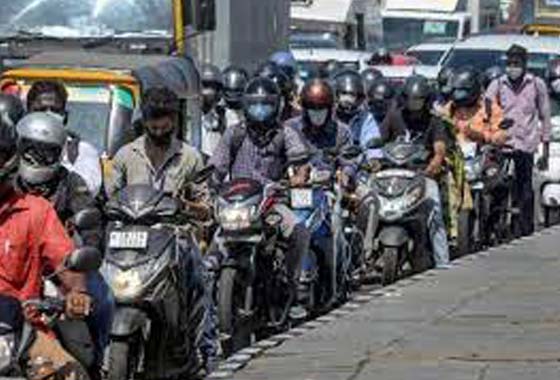 Hyderabad: Telangana Government issued a GO on Wednesday exponentially increasing the Green tax on certain categories of motor vehicles. Government in the GO said that if the age of a motorcycle from the date of registration is more than 15 years and below 20 years, the Green tax is fixed at Rs 2K for five years and if the age is more than 20 years, the tax will be Rs 5K for five years. The Green tax on more than 15-year old motorcycles has been hike by eight times as tax on them used to Rs 250.

For transport vehicles like carriages, contract carriages, private service vehicles, educational institution buses, maxi cabs, omnibuses above seven years and below 10 years, the Green tax is fixed at Rs 4K/ per year and once its age crosses 10 years, the owner has to pay Rs 5K/ year, earlier, Green tax for transport vehicles which are more than seven years Rs 200/ year.

New G.O. does not imposed any Green tax on vehicle operated exclusively on LPG, CNG, battery and solar power. There will also be no Green tax in respect of three wheeled contract carriages (passenger auto rickshaws), with seating capacity of four, five, six and seven in all three-wheeled goods carriages (light goods Vehicles) up to GVW of 3,000 kgs, tractors and tractor-trailers used for agricultural purpose.