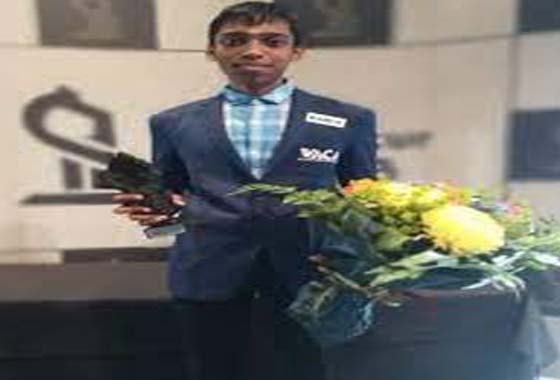 Reykjavik Open Chess tournament was conducted after two years due to the Covid – 19 and held for the 36th time. Half a century after GM Bobby Fischer and GM Boris Spassky grabbed worldwide headlines playing in the same city. The tournament saw quite a few strong Indian players participating. In the starting list, five of the top seven players were from India.

Praggnanandhaa finished the 7.5 points from nine rounds, finishing half-point ahead of four players, Max Warmerdam of the Netherlands, Mads Andersen of Denmark, Hjorvar Steinn Gretarsson of Sweden and American Abhimanyu Mishra, the world’s youngest GM, all of whom finished with 7.0 points.

On Tuesday, Praggnanandhaa topped the field comprising 245 players, most of them youngsters like him as the organizers had given a 50% discount on the entry fee for players 16 and under. Among the other top Indians in the tournament are former World junior champion Abhijeet Gupta finished eighth after he tied with 10 players, including compatriot Gukesh, at 6.5 points. Gukesh finished 17th with six points, International Master Tania Sachdev was 21st with 6 points, former national champion B Adhiban ended 36th with 5.5 points while Soham Das was placed 40th with 5.5 points.