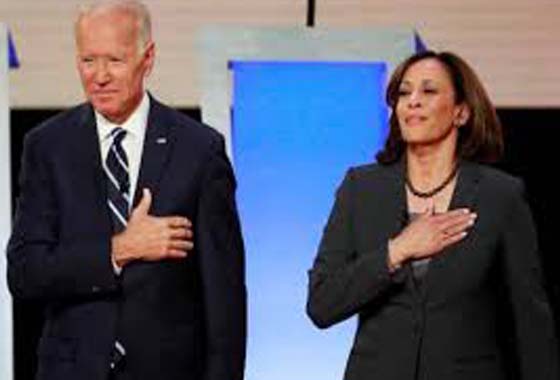 Biden in his twitter said that “I have the great honor to announce that I’ve picked @KamalaHarris — a fearless fighter for the little guy, and one of the country’s finest public servants — as my running mate”.”I’m proud now to have her as my partner in this campaign.” The decision, announced in typical 2020 style on social media, is a huge one for Biden as he aims to build a broad coalition of voters to oust Trump from the White House.

After the announcement, Harris said she was “honored” to join Biden as nominee for vice president, and would “do what it takes to make him our Commander-in-Chief”, she said in twitter. “@JoeBiden can unify the American people because he’s spent his life fighting for us. And as president, he’ll build an America that lives up to our ideals,” she wrote.

For Harris, being elevated onto a Democratic presidential ticket is the political moment of a lifetime. And if they win, the 55-year-old Californian becomes the automatic frontrunner in the race for the 2024 or 2028 Democratic nomination. Harris has been a barrier-breaker for much of her political career.

Harris parents were immigrants to the United States — her father from Jamaica, her mother from India. She was the first black woman elected as California’s attorney general, and only the second black woman, and the first woman of South Asian heritage to be elected to the US Senate. Despite their debate clash, Biden has made it clear he does not hold a grudge, describing Harris as a “first-rate intellect, a first-rate candidate and a real competitor.” The Republican National Committee swiftly reacted to the announcement, saying Harris has “extreme” political positions that are far more leftist than the more moderate Biden’s.