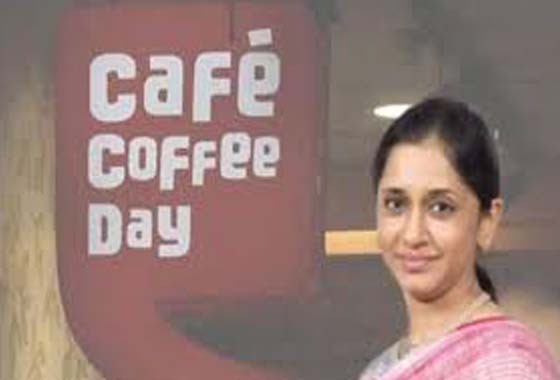 Bengaluru: Smt. Malavika Hegde was appointed as the CEO, Coffee day enterprises limited with immediate effect, the company said in a filing to exchanges. She was the wife of V G Siddhartha, the owner of the Café Coffee Day chain, as its chief executive officer on Monday. Siddhartha is the founder and former chairman of coffee day enterprises limited. Smt. Malavika Hegde was appointed as its CEO, more than a year after the coffee baron was found dead in a river in Mangaluru in an apparent suicide.

Independent Board Member S V Ranganath was appointed as interim chairman of Coffee Day enterprises in July 2019, after authorities recovered Siddhartha’s body floating in a river near Mangaluru, two days after his disappearance sparked speculation that he was under intense financial strain. Bengaluru-based Cafe Coffee Day runs hundreds of coffee shops across India that brews cappuccinos and lattes for India’s booming moneyed class and competes with the likes of Starbucks Corp, Barista and Coca-Cola Co-owned Costa Coffee.