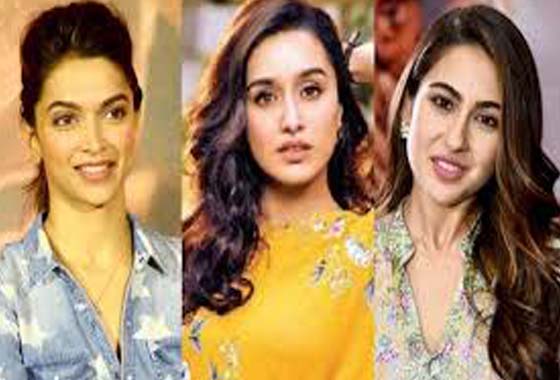 Mumbai: The NCB has summoned Bollywood actress Deepika Padukone, Shraddha Kapoor and Sara Ali Khan and parts of its probe into the alleged use of Drugs by celebrities. The NCB is probing two cases, one on the alleged involvement of actress Rhea Chakraborty in procuring and financing drugs for her boy friend Sushant Singh Rajput.

The second case is on alleged prevalence of drug use in Bollywood. The first case originated after the ED shared Rhea’s Whatsapp chat with the NCB and the second was registered following the probe in the first. In the second case, officials have claimed that Sushant’s talent manager Jaya Saha disclosed during questioned that she would arrange CBD oil, extracted from a cannabis plant and used for medicinal purposes, for Shraddha, Sushant, Rhea, Film Producer Madhu Manthena and for herself.

As per Deepika, NCB wants to probe Whatsapp messages exchange with her manager, alleged on the subjects of drugs. Deepika and her manager Karishma Prakash have been asked to appear on Friday, while Sara and Shraddha have been summoned on Saturday. NCB officials claimed that some drug peddlers, during their custodial interrogation, said Shraddha Kapoor and Sara Ali Khan were in touch with them.

Anuj Keshwani a key supplier was in contact with Shraddha and Sara and claimed to have supply weed to them. Rhea has also mentioned their names, said NCB sources.