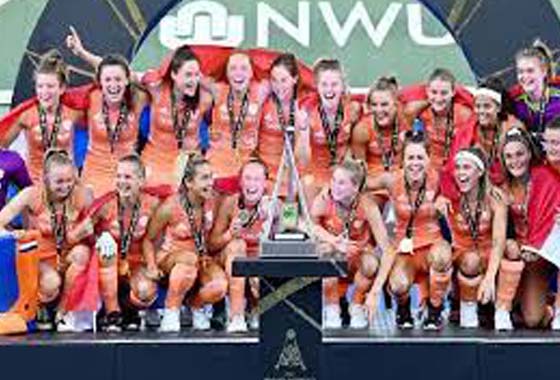 According to the FIH press releases Netherlands had scored 46 goals and conceded none. Tessa Beetsma said after the win, It was an incredible game and we had to fight against Germany. The defence were great today. My teammates make the goals. I am looking for the goal chance in the six-metre area in front of the goal.
Netherlands Head Coach Dave Smolenaars said girls worked so hard against very good opponents. I couldn’t be more happy for the progress and the development. We conceded one goal, but we would have liked to have kept it to zero.
German Head Coach Akim Bouchouchi said we are proud of the medal but we wanted to win this match. We were too nervous in the first half. Congratulations to the Netherlands, they really worked hard for it. We had some chances but we didn’t have the final knockout blow to get the goals we needed. We needed momentum and we didn’t get it.