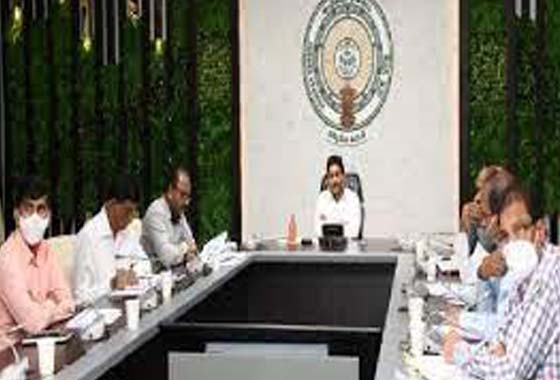 Jagan attended the Maritime India Summit 2021 inaugurated virtually on Tuesday by Prime Minister Narendra Modi he said the State government has taken several steps to attract large investments in manufacturing, petrochemicals, food processing, pharmaceuticals and other sectors to ensure that the ports in Andhra Pradesh operate at their full capacity. AP CM also invited representatives of various companies from India and abroad, who attended the summit, to invest in AP and assured them the best environment for their operations and full support from his government. 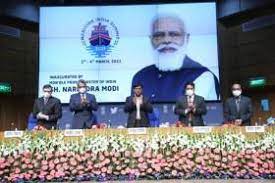 He pointed out that 95% of India’s trade by volume and 70% by value is through maritime transport. “Indian ports handled approximately 1.2 billion metric tonnes of cargo in 2019–20 and much required policy reforms like 100% FDI, Make in India, Sagarmala and Bharatmala have been introduced to ensure exponential growth in this sector.

Stating that the importance of Blue Economy in a nation’s growth story extends much beyond the maritime trade and the export – import statistics, Jagan said the true value of it is unlocked only when all the allied sectors, which are directly and indirectly dependent on the ocean, such as aquaculture, maritime and coastal tourism, chemical and biotechnological exploration, shipbuilding and other port-led industries mature enough to provide sustainable employment and growth opportunities. “The draft of the first ever National Fishing Policy released by the Centre in September 2020 is an example of several such solid steps taken in that direction,’’ he said.

He also said drawing inspiration from the PM’s focused agenda to take India’s maritime economy to the next level; the State government has initiated a lot of transformative steps to leverage its coastline of 974 km, which is the second longest in India.  “Today, I am proud to say that Andhra Pradesh is ranked No. 1 in the country in the Ease of Doing Business rankings 2020 released by the Union Ministry of Commerce and Industry and one of the factors that contributed to this achievement is the State government’s consistent efforts in developing port infrastructure, support ecosystem and encouraging port-led industrialization,” he asserted.

Jagan said AP has a major port in Visakhapatnam, five functional ports and 10 other notified State ports with world class facilities that handle more than 170 million tonnes of cargo per annum, second only to Gujarat. “Andhra Pradesh shares 4 per cent of total Indian exports and we aim to reach 10 per cent share by 2030,’’ the Chief Minister explained.

The AP government has undertaken development of three Greenfield ports at Ramayapatnam, Machilipatnam and Bhavanapadu on an innovative model that mitigates all risks associated with Greenfield port development, thereby making the port operation a risk free proposition for the private sector. After the development of the port, the operator of the port will be selected on competitive bidding basis ensuring maximum revenue realization for the State,” he said.  AP aims to achieve 10% share of exports by 2030.