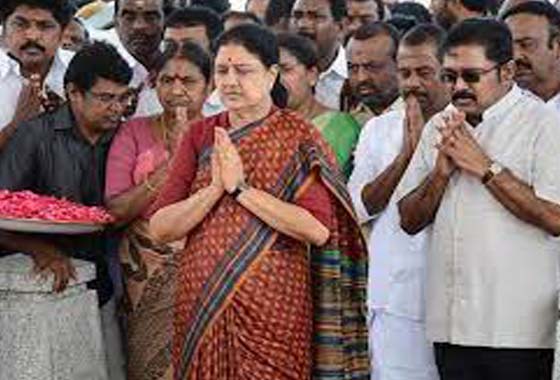 Chennai: V K Sasikala, the sacked chief of the ruling AIADMK who was released from jail recently, in a letter on Wednesday said that she is quitting politics.

I came to know a while ago. Chinamma had called me. I tried to convince her to not take the decision. However, she had made up her mind. She said this is right. I don’t speak for her. Whatever she wanted to convey is there in the letter.” Recently, on J Jayalalithaa’s birth anniversary, the sacked AIADMK chief had urged all followers of the late icon to unite and join forces against the common enemy, the DMK, in the forthcoming Assembly elections.

Sasikala was released from prison after a four-year jail term in a disproportionate assets case that had primarily convicted Jayalalithaa among others. Sasikala’s exit from prison just ahead of elections had set fire to speculation that she might merge with the AIADMK. In her statement, the sacked AIADMK leader said she would continue to remain loyal to the sentiments of Jayalalithaa, just like she had been, as a “sister” to the late icon.