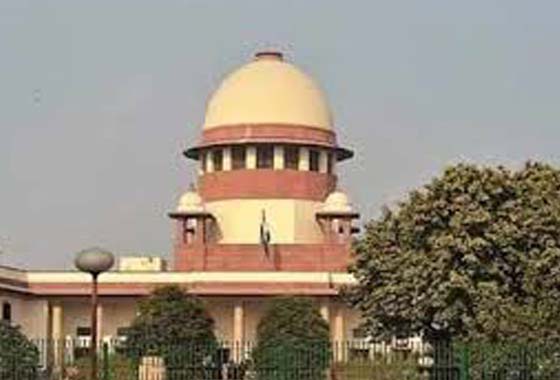 New Delhi: Supreme Court on Tuesday delivered a landmark judgement cleared the legal cobwebs declare daughters will have inheritance rights equal to those of sons from properties of fathers, grandfathers and great grandfathers right from the codification of the Law 1956.

A bench of Justices Arun Mishra, S. Abdul Nazeer and M.R. Shah ironed out the confusion arising from the Apex Court’s conflicting interpretations of the amended section 6 Hindu Succession Act, which came into force from September 9, 2005.

The bench said irrespective of whether the father was alive or not, daughters born before September 9, 2005, too could claim equal right inheritance. However, daughters, while claiming coparcenary rights, won’t be able to question disposal or alienation of ancestral properties by the existing co-parceners prior to December 20, 2004 as provided in the amended section 6.

It is only a case enlargement of the rights of the daughters. The rights of the other relatives remain unaffected as prevailed in the provision to section 6 as it stood before the amendment, said the Court. The three Judge benches also examined the retrospective application of section 6 and ruled that daughters would get the right from 1956 when the Law came into being. However, it clarified that the newly conferred rights through the judicial interpretation would not be available to reopen alienation of ancestral property done so earlier through existing coparceners.

Coparcenary property is one which is inherited by a Hindu from his/ her father, grandfather or great grandfather. Only a coparcener has the right to demand partition of property. Share in a property increases or decrease by death or birth in a family. Analyzing mithakshra system applicable in various forms to property owned by Hindu families, Justice Mishra quoted a common saying noted in a 1996 judgement of the Supreme Court to sum up the bench’s view towards daughters, “A son is son until he gets a wife. A daughter is daughter throughout her life”.

The centre, through Solicitor General Tushar Mehta, had unequivocally conveyed that coparcenary was a birth right of the daughters. Justice Mishra elaborated on it and said if daughters had a birth right, it would be in congruous to constrain it with the condition that to enjoy that right, her father must be alive.