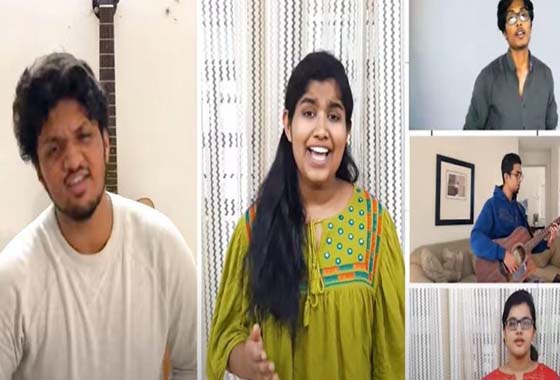 KOCHI: Hundreds youngsters of Thiruvalla presented a virtual musical collaboration under the banner of “Locals Live 100”, released online on Friday. These youngsters moto is to tell something the world that we are one and together.

The musician and mentor Cherian George said that “Locals Live 100” is a virtual collaboration is a very special. This is an initiative thought of members of the Locals Live initiative. The mentor said on the occasion of the virtual musical collaboration that “We want to tell the world to say no to racism and stand united in the fight against COVID-19. This is our way of saying that Kerala stands with you and highlight the fact that now is the time to build bridges rather than walls”.

Locals Live Initiative is a group of young individuals from Thiruvalla who have come together to empower and encourage youth through music and arts, said Cherian. “They make music to spread awareness on issues that the youth face. With depression and suicides on the rise, Locals Live spreads a message of hope through their music,” he added. 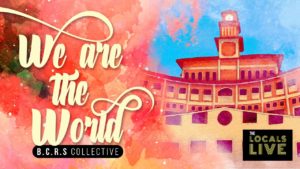 ‘Let’s build bridges and not walls’ is our motto,” it is the aim of our “Locals Live 100” he said. And what better way to send across the message than by presenting the iconic ‘We are the world’ by Michael Jackson. “The young musicians who came together for the initiative through word of mouth did their part by shooting a video of them performing a particular part on their mobiles and sending it to the team at Thiruvalla,” said Cherian.

These bits were then mixed and made into a video which was released on Friday on the web. “The participants had been engaged in this endeavour for the past three weeks,” said Cherian. According to him, there have been such initiatives before but those songs were sung in Malayalam. “But we intended to bring what Kerala stands for to the world and hence decided to perform an English song that transcends all borders,” he added.